We're still on vacation, which is pretty glorious. In case you're wondering, a week (or more) is the correct amount of time to take for a vacation. Long weekends are just not long enough.

SUNDAY
Sunday morning, we got up early for a long bike ride to Trinidad with Sir's mom and uncle. The ride ended up at about 33.84 miles, and was probably one of my more epic rides, for several reasons:


We stopped for pictures at mile 15. 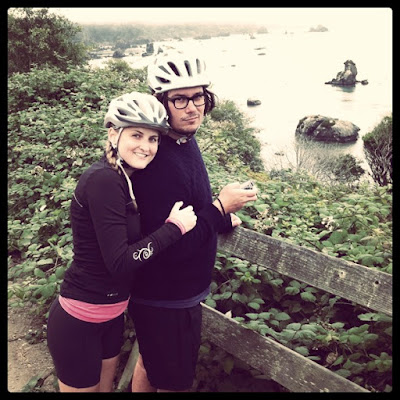 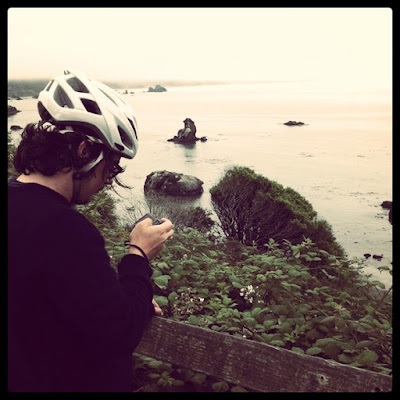 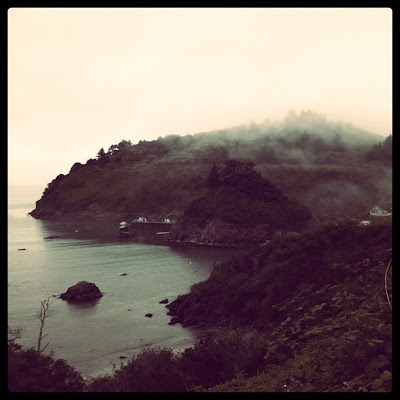 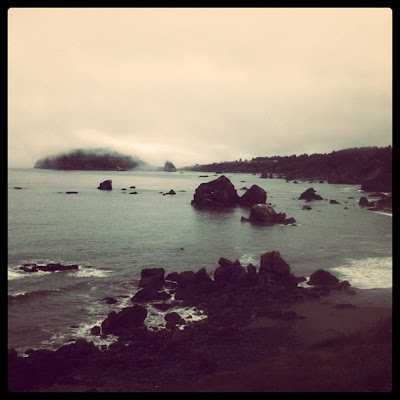 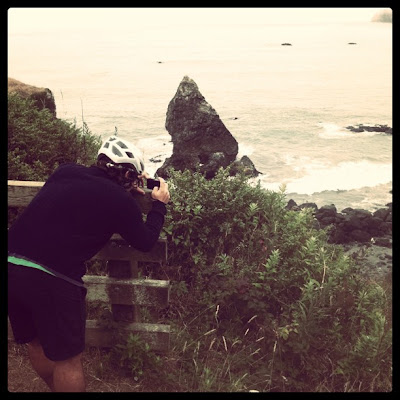 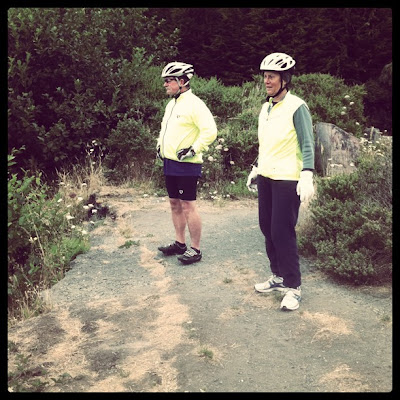 Some planking went down as well. 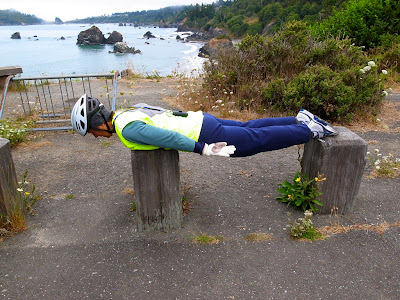 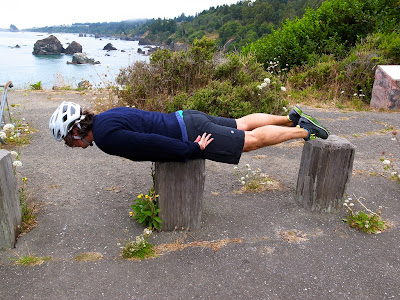 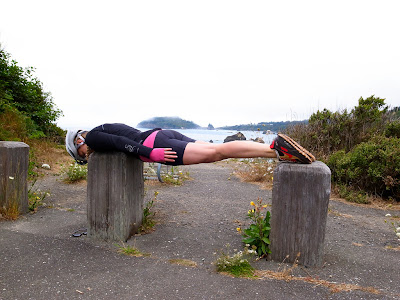 Sir wins for best use of core muscles, I think.

All of this resulted in a seriously long hot shower and an afternoon of naps.

MONDAY
Sir and I got up early for a truly horrendous run (see above, re: hilly) prior to trekking out to Fern Canyon with his family. Fern Canyon is pretty spectacular - I think they filmed the second Jurrassic Park in there. It felt pretty Jurrassic - silent, lush and more or less untouched.

We took a lot of pictures, but they don't do a very good job recreating the feeling of being there, being enveloped in stillness like that. They don't do a good job capturing the way the light was sparkling through the redwoods, filtering softly all the way to the forest floor. They also don't capture the way the silence was interrupted by the sound of the creek running through the canyon and the trickly waterfalls of water, sparkling like diamonds as they dripped down the ferny canyon walls.

Here's some of the better ones, anyhow. 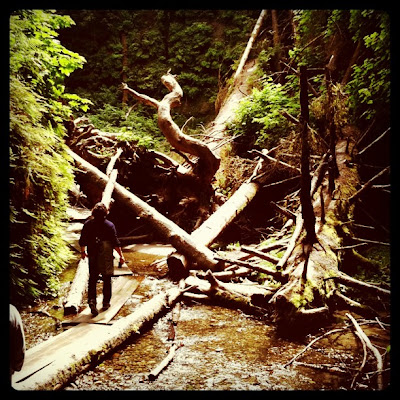 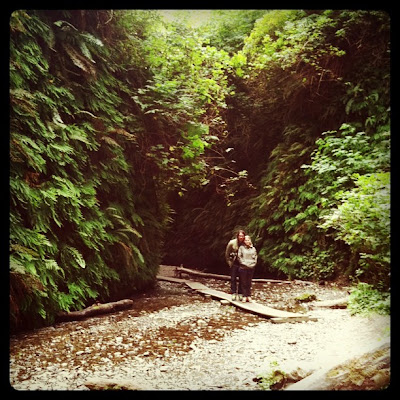 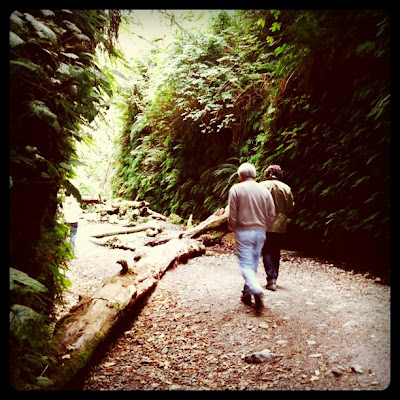 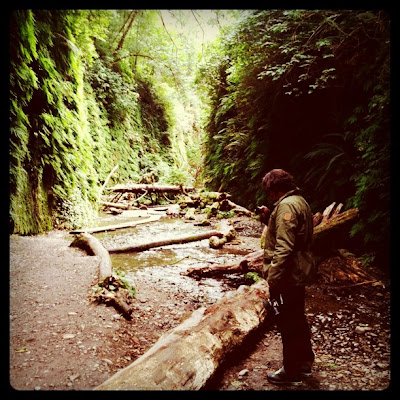 And then we went to dinner at Sir's aunt and uncle's house, which included a run-in with a chubby baby bear (he was crossing the road in front of our car) and this truly resplendent salad. 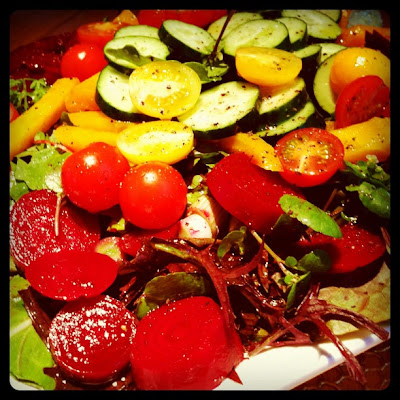 I think it was the prettiest salad I ever saw. The produce out here is bananas, B-A-N-A-N-A-S.

Posted by lilmissjen at 2:17 PM