This weekend brings the DUMBO Arts Festival to our little hidey-hole under the Manhattan Bridge overpass. I have a love-hate relationship with the Festival. I love that there is so much culture here in DUMBO and that we give our local artists a showcase. I really, really hate the swarms of people that crowd our normally forgotten neighborhood. This is our (mine and Sir's) second Arts festival weekend and both times, our choice to not live in Manhattan has felt heavily validated. I think we Dumby-folk (DUMBOans?) hold our collective breath as the wildebeest ravage and litter all over our cobbled sanctuary, praying that they won't decide that they need to move here. Dear God, no. You'll ruin it.

I heard someone vandalized Adam's exhibit this year, stealing a piece from a sculpture. It might just be a hate-hate relationship. 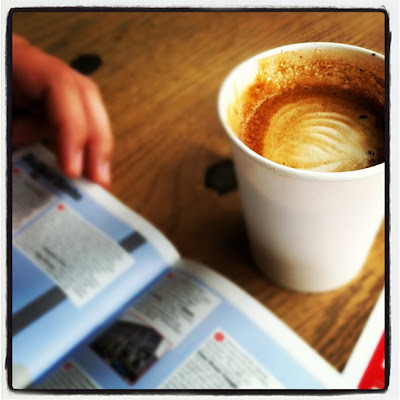 Saturday morning, prior to quarantining ourselves in our apartment, we had a quick cappuccino at Brooklyn Roasters, the new coffee shop that just might (finally!) be the answer to my Intelligentsia heartache dilemma. I stole off to the park to find a quiet space to take a phone call from a childhood friend - my very best friend from growing up. We'd grown apart during college, but I had spotted her on facebook recently and arranged for a catch-up. I was really nervous, actually. What if it was weird? What if she wasn't the same?

I sat in the park and watched the old carousel spin in its brand new crystal box, waiting for my phone to ring. 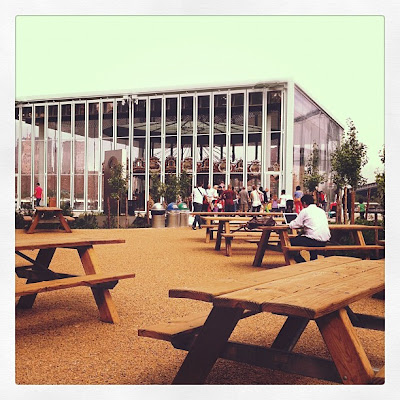 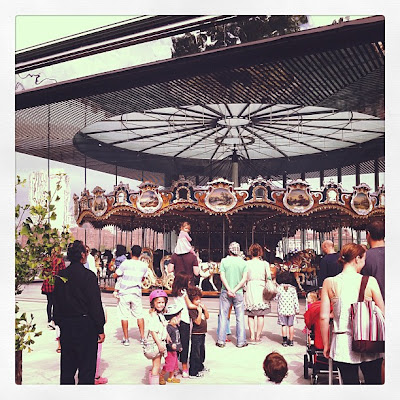 We spoke for one hour and twenty minutes and she was exactly the same. Isn't that nice? I thought so. It was just so lovely to catch up with the person with whom I shared a pulse for so long. We concluded that we are both very happy and were glad that the other was doing well. We hope to keep better track of each other from now on.

I ended the conversation and ran back to our apartment when the rain started to fall, much to the chagrin of the festival-goers. It didn't rain for long, but we stayed in the apartment for the remainder of the afternoon.

Sir's parents had sent us the European version of Empire Builder, a game of train-domination that we play when we visit them in Arcata. The Euro version presented all kinds of new challenges, like figuring out which cities are where and what goods and services they have to offer (we've got the USA version more or less memorized). We are super excited to have our own version. 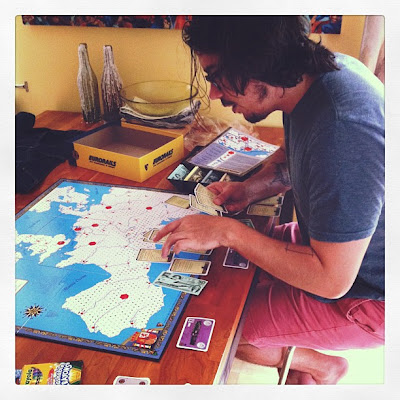 After a few hours of rail-building, I really thought I had won until I remembered a rule (post-excessive-victory-dancing) stating that, since I went first, Sir got a chance to complete his turn. This led to a tie, which in turn led to him winning (for real this time). I had to take back my whole dance while he reveled in his victory. The ultimate humiliation. 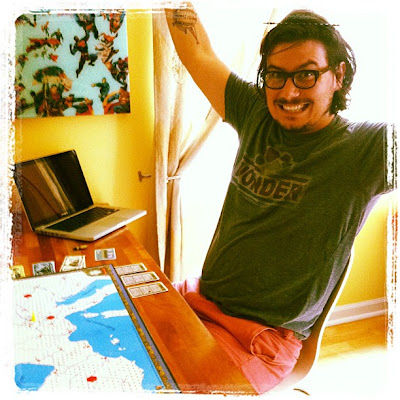 Please note that he is wearing his new custom chain ring on his head as a crown.

We snuck out to the new boardwalk a little later on in the evening, hoping the crowds had dispersed. They hadn't, but it was still nice. 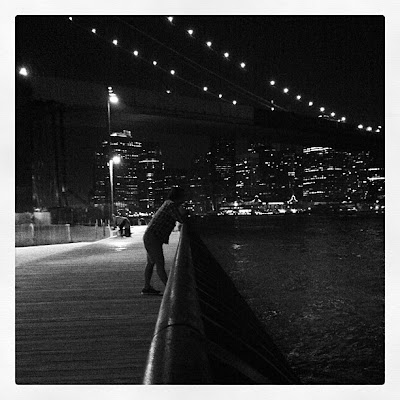 I think the best part about building our own empire out here in Brooklyn has been having the other to share it with, through the festivals and quiet times alike. Here's the part where I click my heels and shut my eyes, hoping all is clean and quiet again by morning.
Posted by lilmissjen at 11:12 PM