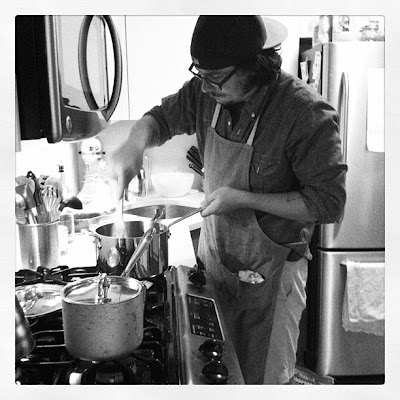 One of my favorite parts of co-habitation is all the cooking we do - having two foodies under one roof will tend to cause that sort of thing. Tonight, my lovely Sir took it upon himself to make me dinner. It was a surprise mystery dish until it started to come together, at which point I discovered that it was a sort of chicken-sausage-veggie pot pie, with a potato crust.

Pot pie is somewhat difficult to procure as a gluten-free person - the potato crust solves your issues there. I think Sir adapted the recipe from a Martha short rib creation. Check it out on the cover of the October issue. 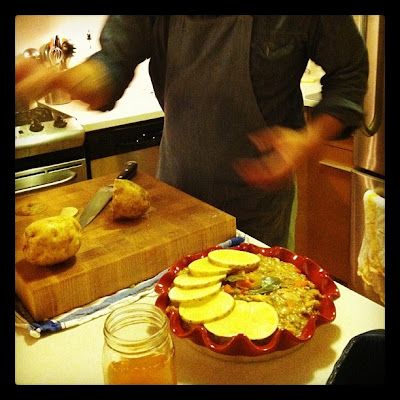 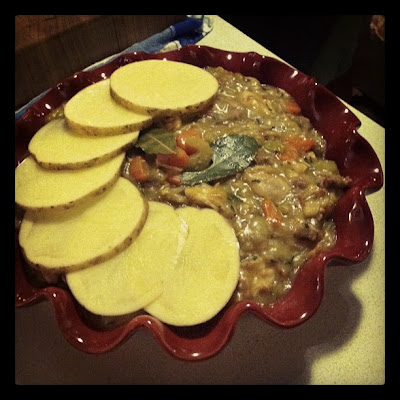 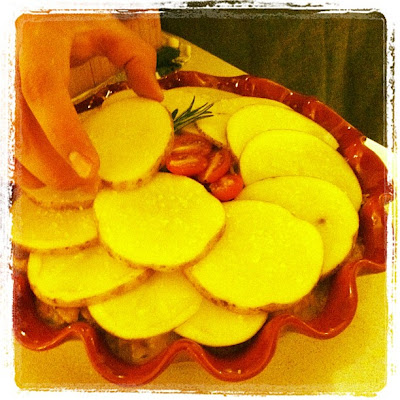 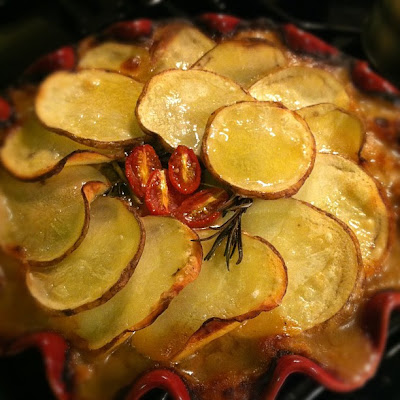 It came out of the oven crusty, bubbling, and piping hot. It tasted like Thanksgiving in a bowl.