Spotted: Stanley Tucci (not the real one)

I saw Stanley Tucci on the subway this morning.

To be honest, surely he was not ACTUALLY Stanley Tucci. Stanley, I'm sure, does not wear a gray wool blazer over ill-fitting jeans with scuffed black boots. He most certainly does not carry a blue nylon messenger bag to his job in an office building somewhere in the realm of Varick and Houston. He probably doesn't really even take the subway all that often.

All the same, he could not have looked more like Stanley Tucci. He was the Stanley Tucci of some alternate world, where the trains had gotten stuck the morning of his first Broadway audition, where Prizzi's Honor was never produced and where Meryl Streep didn't agree to play Anna Wintour in that one movie about the clothes. A world where Stanley Tucci is nothing more than a small, mild-mannered bald man from Westchester with an apartment in FiDi and a job in advertising, a guy who used to be "really into drama club, that sort of thing." 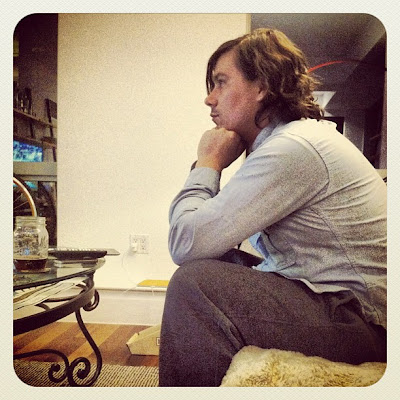 "Is this like, some fancy important game or something? Why is the Fray singing the National anthem instead of someone's high school choir?"

"It's the NCAA championship game." 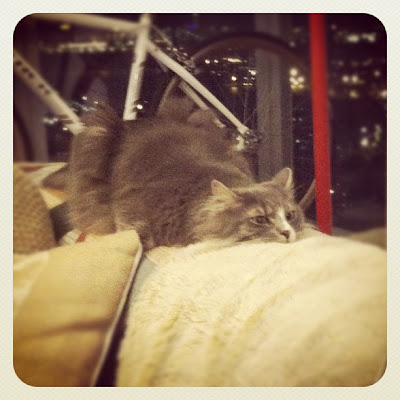 Meanwhile, Ian pretends that he would like to be traded. Teenagers.
Posted by lilmissjen at 9:52 PM 3 comments: