An all-time favorite advertising mantra of mine is as follows:

I believe the speaker who introduced that quote was speaking in terms of the nonsense of flighting social media, but it applies in a way to any and all advertising initiatives. Like campaigns, not all relationships last forever, but the ones with meaning tend to have a defined timeline and a clear story. What is a campaign, after all, but a messaging relationship, a messaging story? Any good and well thought-out story, just like most relationships, has a solid beginning, middle, and end.

Delivering a giant punch in the face to any wimpy advertising team who says their brand is low-interest and not good fodder for a riveting integrated campaign, Cottonelle Roll Poll. Does your toilet paper roll over or under? Over or under, indeed. 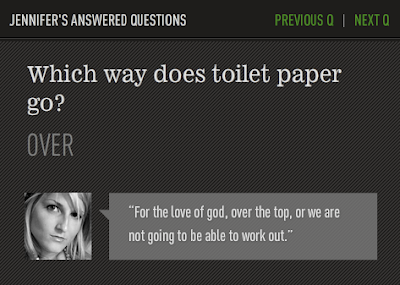 It's a topic of great importance to me, as evidenced by my reply on LadyData. Over seems to be the *only* correct answer, and I will argue it to the death, for a million different reasons. And apparently, so will a whole lot of other people.

From start to finish, this campaign has been a joy for me, delivering on a strong beginning, middle and end. Totally integrated: television, web, out of home, transit, print are just a few of the media types I've seen utilized, hanging together beautifully from start to finish. My experience with the campaign included the following:

Beginning: television, kicking off some mass awareness with spots such as this:

Hilarious and provoking. I dig it. Gets people to the website for a vote.

Middle: Interactive, keep people talking, voting, and thinking about the brand. The site includes a live polling map, comments-ticker, and video components. Pretty slick for a toilet-paper site. Driving to the site were badges and contests pushed by mommy bloggers, search, the whole nine yards. 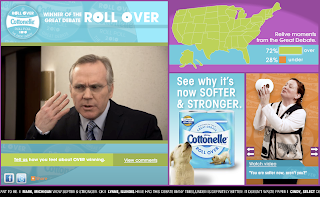 Transit and out of home ads tracked the poll in public, showing dedication to the outcome of the campaign (aka, we're not joking, this is a real poll) and providing up-to-date polling results. 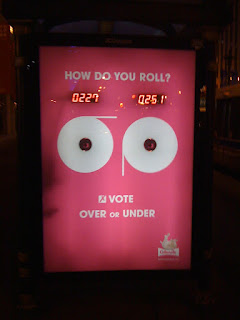 End: Some forward-thinking print, bringing the campaign full-circle by displaying the results in an interactive manner.

The print includes a glue-in insert, depicting the toilet paper rolling in the manner the people have chosen (over, obviously, the only correct choice). 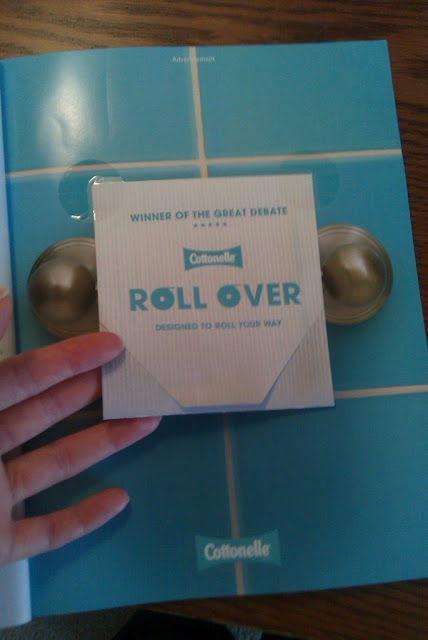 It flips up, just like a real roll would, see? 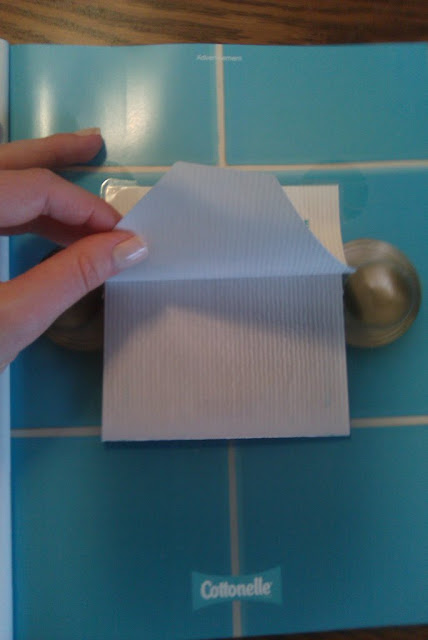 It folds out to include all kinds of information on the poll, 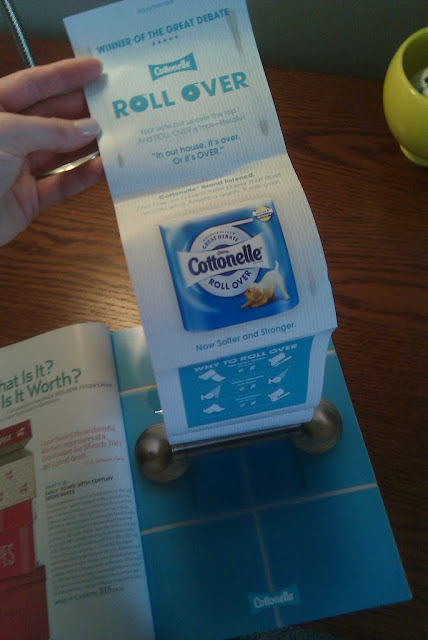 ...which includes a pretty infographic! 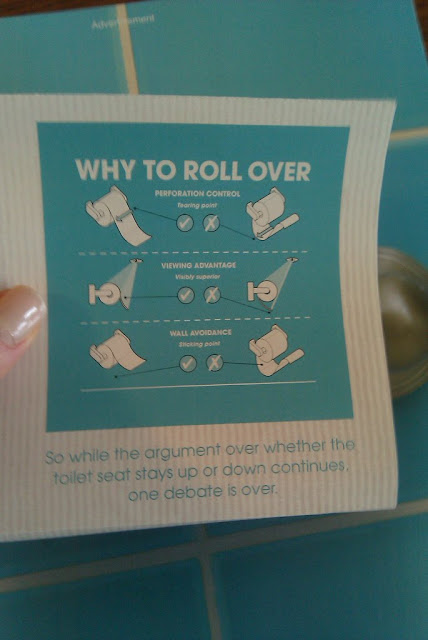 Loved this print, and was very excited to see it during my Sunday morning magazine catch-up. What a great close to the campaign.

The Cottonelle Roll Poll campaign is important for a few key reasons.

First and foremost, the brand deviated from their traditional messaging (softness, strength, amount, etcetera) and instead went to town with one of life's most pressing questions, something silly.. I applaud them for taking that risk, something we don't tend to see a lot of in the CPG category.

In doing so, they fostered a relationship with a consumer who had seen their product as a necessity, not a topic of conversation. In other words, they got people talking about the product.

Finally, they committed to their campaign, and they played it out to the very end. They didn't leave their consumer hanging; once they engaged, they stuck with the conversation and wrapped it up in a timely manner. Their clear beginning, middle, and end made for a focused and well thought-out campaign, as well as a lovely case study for integration.

Nice work, Cottonelle. I congratulate you on your finely-tuned vision. Advertising is supposed to be fun, after all. We're not saving lives, here.
Posted by lilmissjen at 8:26 PM