Not to toot my own horn or anything, but my year 2010 is off to a pretty excellent start. 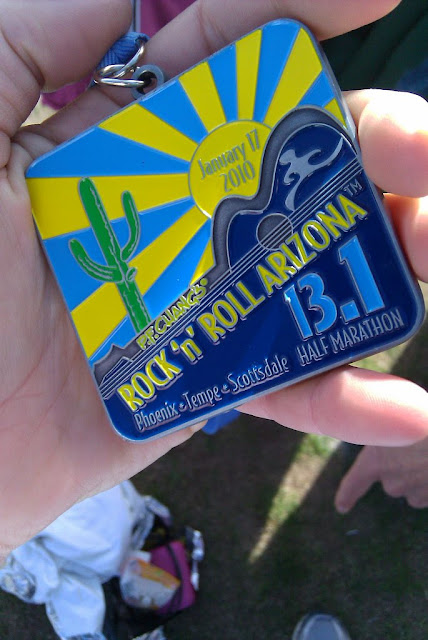 On January 17th, I competed in the Rock 'N' Roll Arizona half-marathon with my friends Jenn and George. Not my first running competition, but the first of any kind of substantial distance (after passing the 5k mark), with substantial training required. I have struggled with Celiac disease since I was a toddler. Certainly nothing to cry about, but it's a tricky affliction that left me malnourished and without energy or endurance for the majority of my life. Now that I have it under control, it has been pretty remarkable to see that I am able to train and build endurance if I choose to, albeit very slowly. I had always written myself off as no kind of athlete, and I am proud to be able to shed that self-imposed label.
I completed the half-marathon (yay!) without stopping to walk (double yay!) and about 15 minutes faster than I thought I could run (w00t!). And, I learned that I really enjoy distance running. I'm contemplating giving a full marathon a shot, but need to confer with my right knee first. In the meantime, I am pretty pleased with this, what I consider to be a life accomplishment. So, that's pretty cool.
On the docket for 2010 is my first triathlon, Chicago's competition on the 29th of August. I'm fairly certain that I have the chops for a sprint, which is where I'm registered currently. Trying to determine whether I have it in me to upgrade to the Olympic event. I've always thought of triathletes as kind of super-human, so I am looking forward to living up to that label, at least in my own head. And again, to do something that five years ago, I never would have dreamed I could do.
I've got the gear, and I'm ready to train. 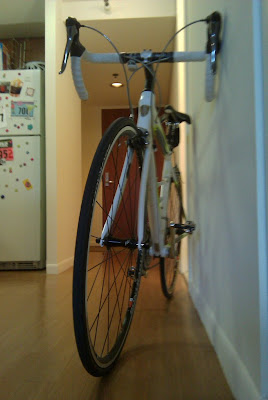 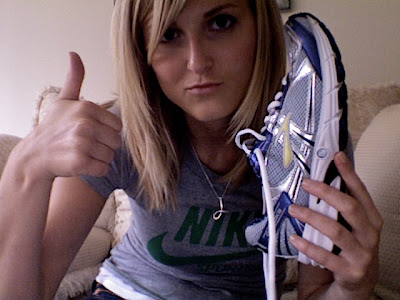 sweet, sweet running kicks.
I'm planning on writing about the Chicago Triathlon experience in my friend Len's pet project, the 3six5. I'm pretty thrilled to be part of this experiment, described as "a crowdsourced journal of 2010." I like to think of it as a time-capsule of the blogosphere in 2010. There are an overwhelming collection of brilliant names on the list of authors, and I am humbled to be among them. There are still some dates left in the fourth quarter for those of you hoping to jump on this train. I'm really excited to see what becomes of this project. Follow the blog and twitterfeed for more information. And of course, tune in on August 29th for my triathlon recap.
This post was rather me-centric, and for that I apologize. I hope you found it interesting anyway, and perhaps now feel like going for a run/bike/swim. Fitness in 2010! America!
Posted by lilmissjen at 11:49 PM