As luck and train schedules would have it, early Tuesday evening I found myself in the West Village, twenty minutes ahead of time for a much-needed haircut and gab sesh with the internet's favorite stylist. Not wanting to waste a minute of the weather, I set out for a leisurely stroll around the block.

The Village, as movies would have us believe, has an air of pure ethereal magic on a pleasant evening. It's quieter than it should be, it's prettier than it should be. It basically makes me want to explode. That's one of my favorite things about New York - the little pockets of magical bits in the midst of all the cacophony, and the Village is among my favorite of the pockets. Something about walking in the streets there makes me feel like I'm interrupting something fancy, something us plebians aren't intended to see. 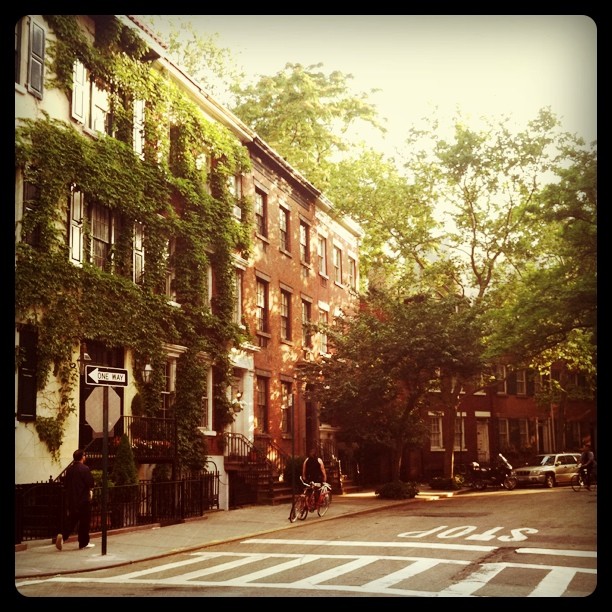 I mean, give me a break.

Obviously trespassing, I step lightly, easily, carelessly, trying to blend in. I size up the pedestrian traffic to determine locals from visitors, wondering who else is playing the same game. I try not to look like a tourist when I whip out my phone to capture a ridiculously haughty-looking kitty, watching me from someone's fancy brownstone window. 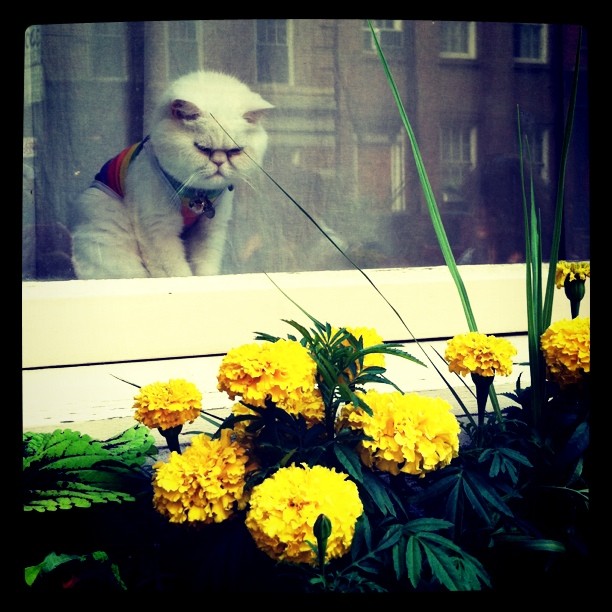 Be snootier, cat. I dare you.

Did you know the Village was originally the bohemian capital of New York? The East Coast, even. And now, old glamour, European romance. The history makes me like it more. It makes me wonder at the dirty secrets of an uninhibited youth the rich old ladies must be hiding behind close-shorn Persians in striped vests.

I think I could write roughly one hundred short stories about the people who live in the Village, drawing partly on Hollywood lore and partly on these brief glimpses of their lives. Maybe someday I will.

I have yet to experience a place that inspires me like New York City. I wish I had the time and energy to do sort out what to do with it.
Posted by lilmissjen at 9:48 PM