"Who's that traipsing about Brooklyn Bridge Park? Looks like Little J is back with a vengeance and leaving poor Dad in the dust..." 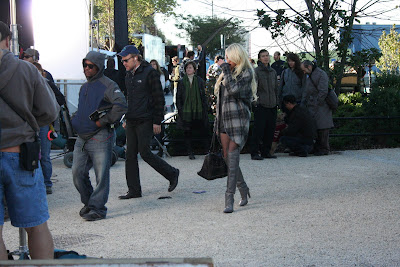 Taylor Momsen on the set of Gossip Girl in DUMBO, Brooklyn.
'Twas the Friday before the marathon, bright and early on a cool morning in my quiet neighborhood.

Aside: Despite all the "city that never sleeps" lore, people in NYC don't seem to be up to much prior to 8 am. Not that I've noticed anyhow, which, given my soundproof apartment and reputation as a heavy sleeper, isn't saying much.

I had planned on spending the morning resting up for the race. Looking back, I'm not entirely sure it would have done me much good.

Instead, I was sitting cross-legged on the gravel in the park, chilly paws wrapped around a steaming cup of coffee, watching starry-eyed as my favorite TV show played out before me. Some of my favorites delivering drama on repeat right in my little neighborhood - pretty awesome, for my first NYC celeb encounter.

I'd be lying if I said I wasn't totally freaking out. Sue me.

Alas, awe gave way to disgust as a horde of photographers swarmed on and started snapping away at Taylor, calling at her to turn around while she prepped the scene with the director (Tate Donovan! Jimmy Cooper! Double awesome!). It was my first time witnessing a paparazzi ambush - do not like. Our little J greeted the photographers politely and asked for them to kindly cease fire while she was filming. They screamed at her about photographer's rights in return, calling her names and tightening their circle around the set. Security shooed them away and filming resumed, but the whole thing definitely cast a dark shadow on my glitzy view of the entertainment industry (and perhaps a more forgiving glow upon the likes of Lindsay Lohan).

I put away my camera, embarrassed for humanity.

Luckily, before the paparazzi shenanigans went down, I was able to snap a few shots of the whole thing. Here's a little snippet of my time on the set of Gossip Girl, below. 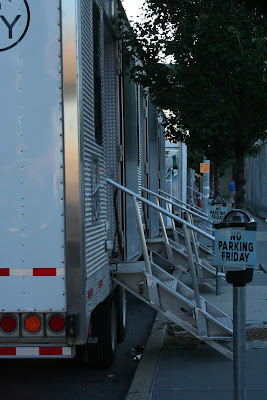 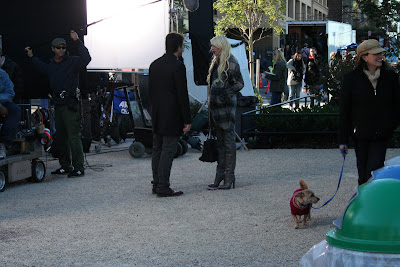 Taylor Momsen and Matthew Settle as Jenny and Rufus Humphrey. 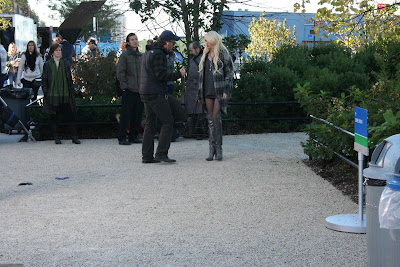 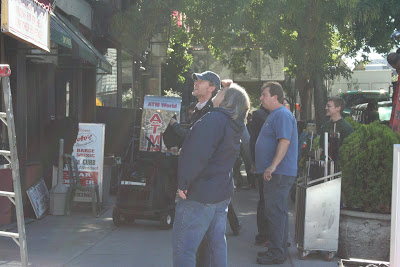 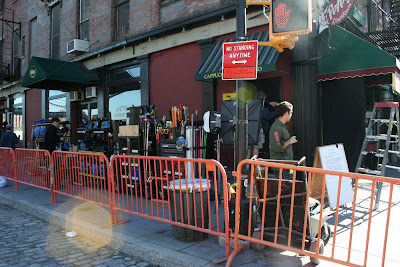 Setting up outside Pete's on Water Street. 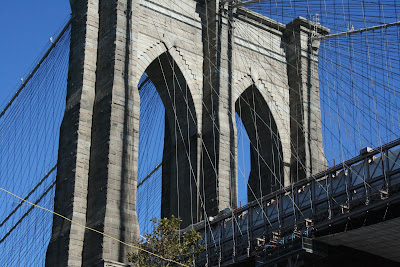 Obligatory shot of the Brooklyn Bridge.

Posted by lilmissjen at 1:57 PM